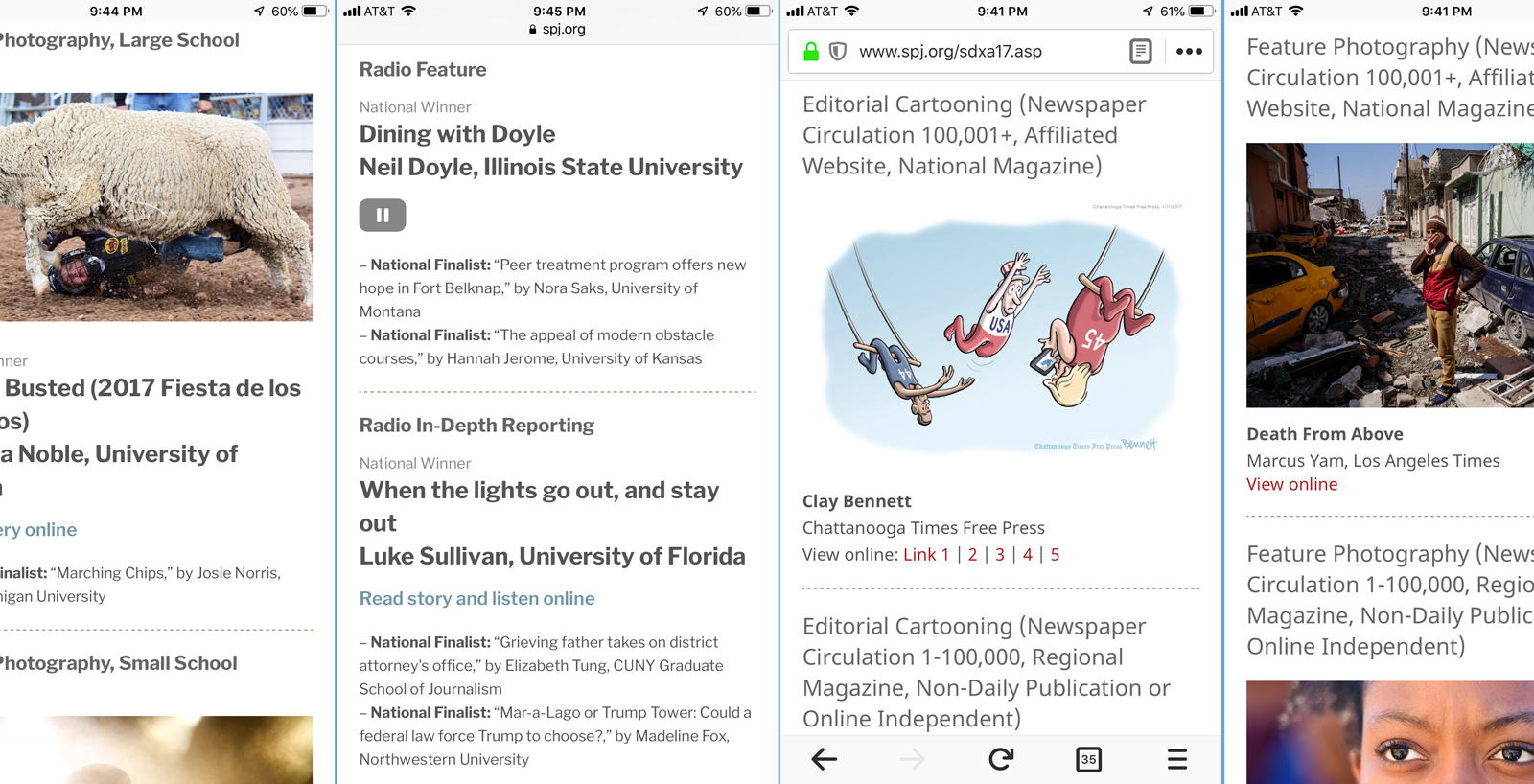 Yeah, but have you ever seen a website live on stage?

This one’s a weird one, because it isn’t really just a website, nor is the website the most important part of what I do here.

But first things first: There are websites. They’re incredibly straightforward ones — beyond the design along the outer edges, each primarily is just a list of awards, winners and ways to read/watch/hear/look at their work. They’re pretty spartan — even more so on mobile, where there’s less screen real estate for the design around the edges. (They load nice and fast and are easy to navigate, though, which is handy for award winners who want to share the link and show off their achievements to friends and/or prospective employers.)

But the more important part of my job here is bringing this all to life in person. SPJ honors its Sigma Delta Chi (professional journalists) and Mark of Excellence (college) Awards at separate functions — the former at a fancy banquet at Washington, D.C.’s National Press Club, the latter as a lower-key gathering at its annual convention — and I’m the guy entrusted to handle all the multimedia that flashes across the screens before, during and after the event. Doing so requires a mix of audio and video editing savvy (to create perfectly paced audience-pleasing minute-ish-long clips for each entry that incorporates audio and video), keynote design (to build a presentation that looks classy and animates nicely without overdoing it in the design department) and live-action knowhow (I also run the presentation as the presenters speak, and have to make it look 100 percent seamless even if someone goes off script or runs short or long).

It’s not a job I always look forward to, given the propensity for something to go wrong and the consequences a calamity presents — a banquet hall of 400 people don’t turn around and look at you quizzically if you run into an error while coding a web page, for instance — but it generally goes off without a hitch even when hitches occur unbeknownst to the audience. And I get lots of compliments and a free dessert for my trouble, so I keep on doing it.