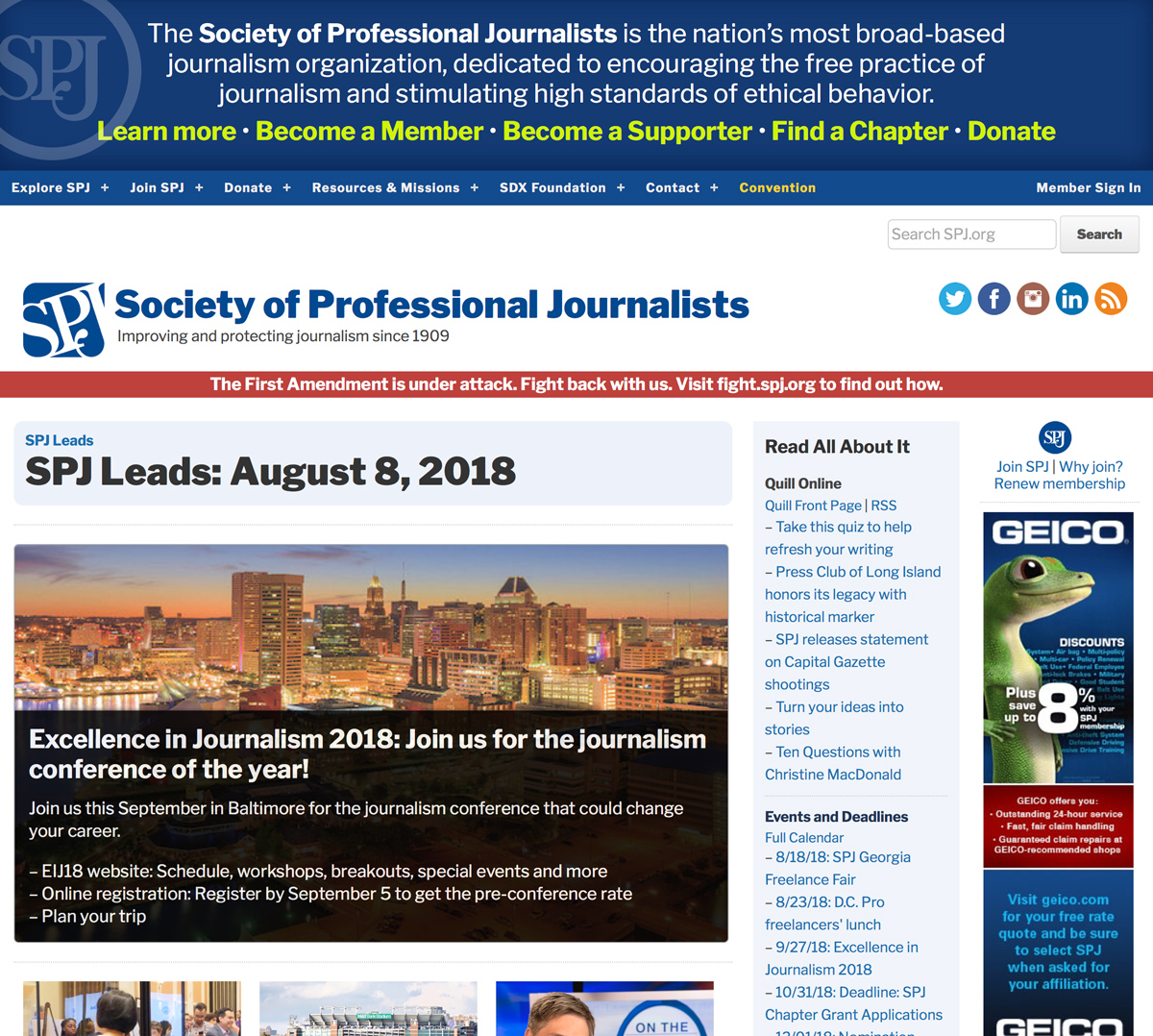 Talent, truth, energy and hundreds of thousands of lines of code

When I inherited the reins in January 2006, SPJ’s website both wasn’t much and was way too much — a mostly disorganized jumble of plain-looking pages that its then-executive director labeled a “******* clusterf**k” in my job interview. (He was terrific, and you can read all about him over here.)

Twelve years and roughly 4-6-but-who’s-counting redesigns later, it’s still arguably way too much — when you’re a broad-based organization with numerous committees, chapters and missions, everybody’s piece of the site adds up to a lot of pieces — but it’s a clean, well-managed, easy-on-the-eyes too much.

Not everything is as I wish it was: The site is tied to the same membership database and hosting platform it’s been tied to since before I started, and the proprietary nature of both limits what I can do in terms of creating databases and creating features using that data (or even giving members the optimal experience of my imagination when it comes to accessing areas connected to SPJ’s membership database). Moving away from those platforms is not my call, so instead I’ve done the best I can with the capabilities I have while building roughly 99 percent of the site from the ground up.

But that alone goes a long way. SPJ’s website has expanded to hundreds of pages deep — roughly 750 or so — but is more organized and better-managed than it was when it was a fraction of the size. It has a personality, it caters to members and first-time visitors, and it uses numerous technologies to play nice with the rest of the web despite its place on a proprietary platform. Also, they haven’t fired me after nearly 13 years (across five executive directors) of being the single guy in charge of the entire site, so that’s worth something. 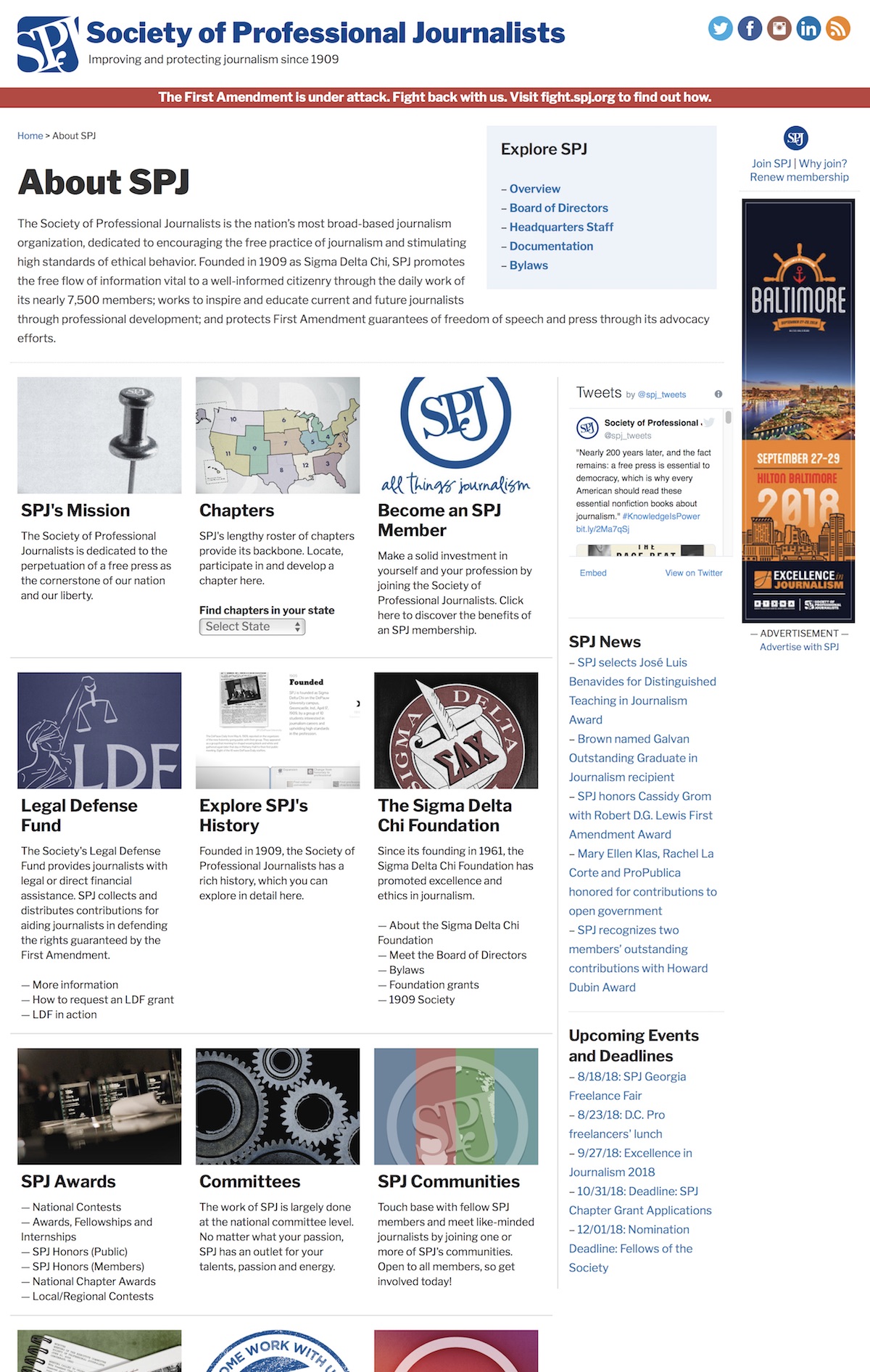 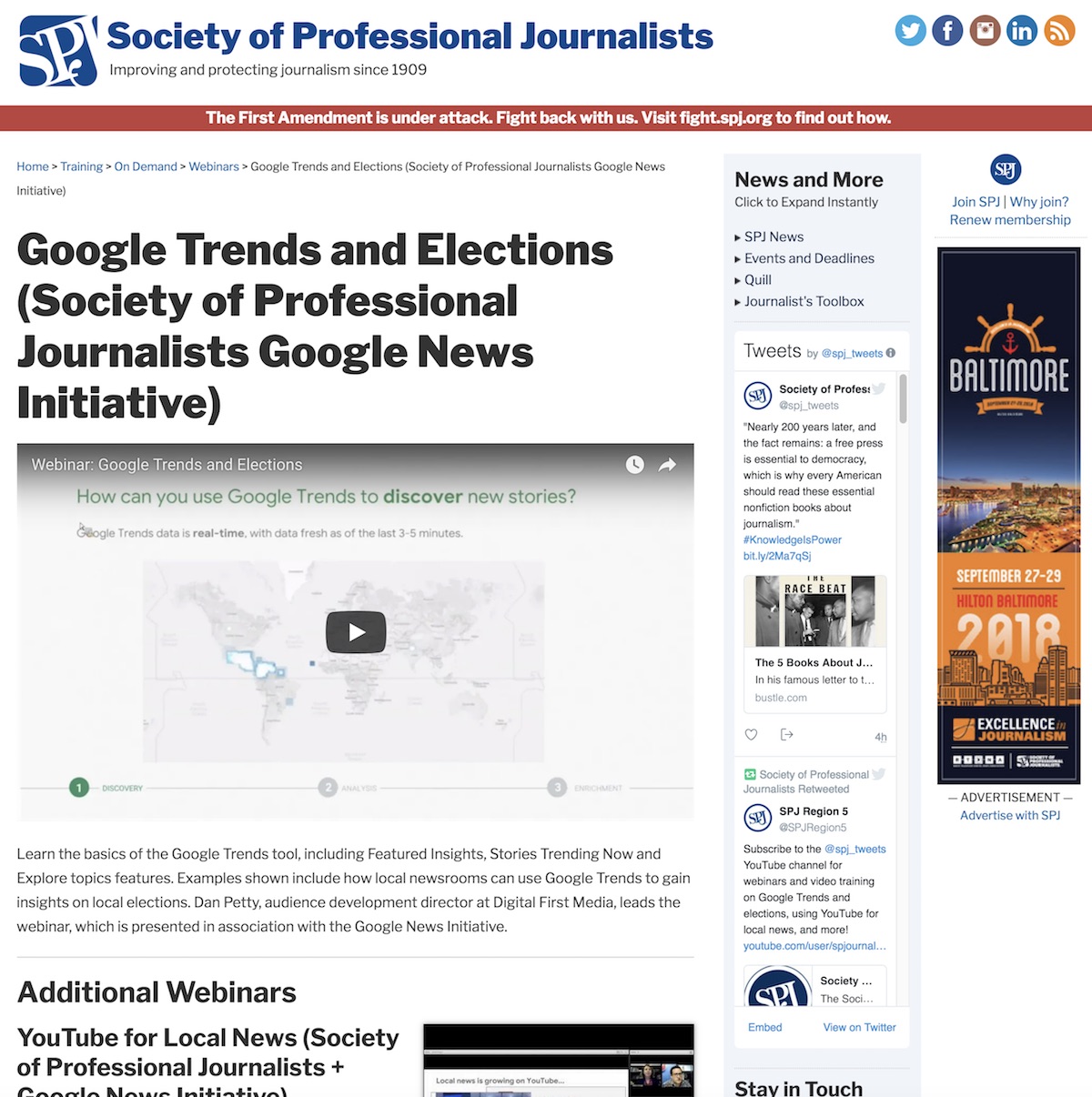 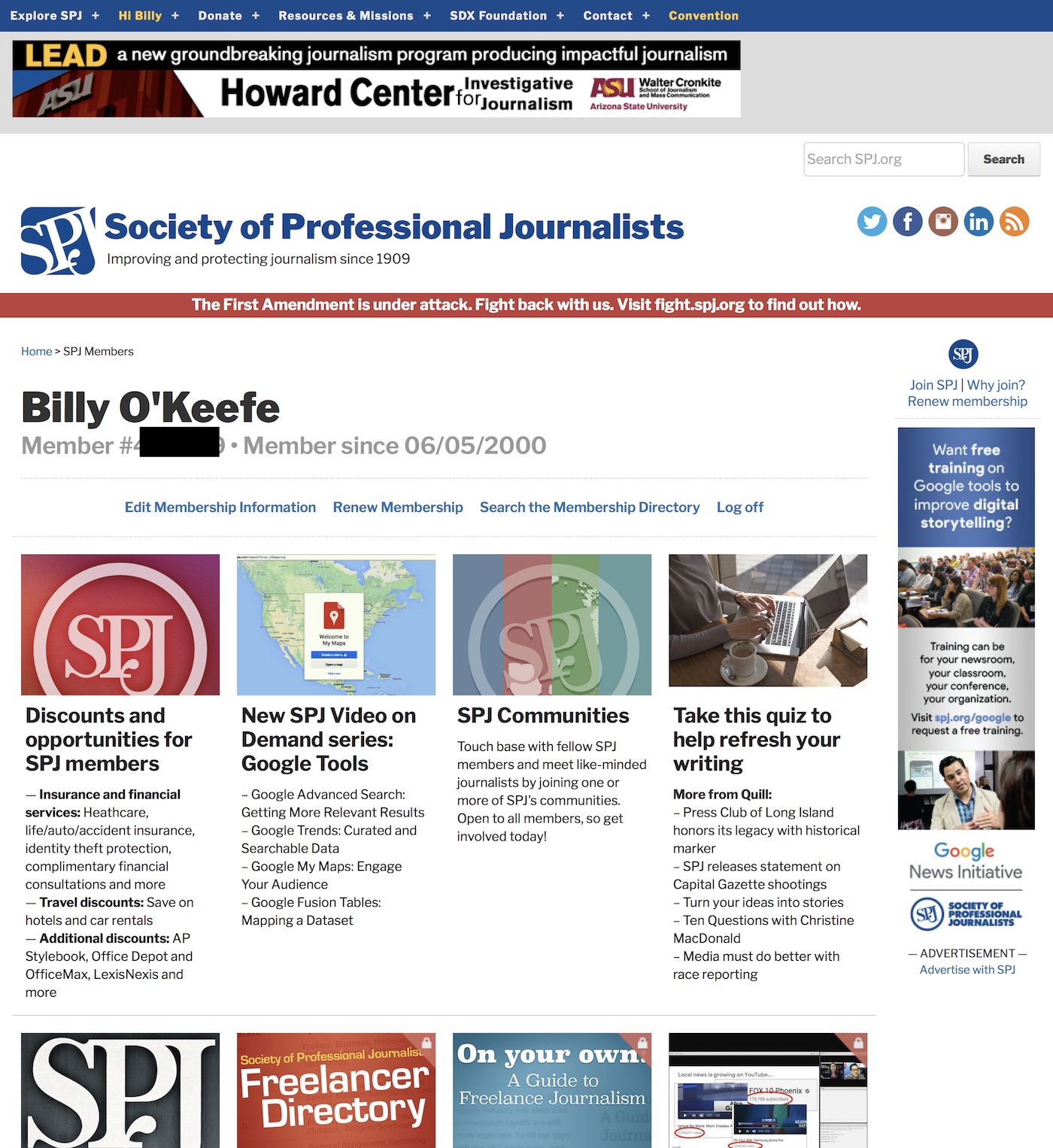 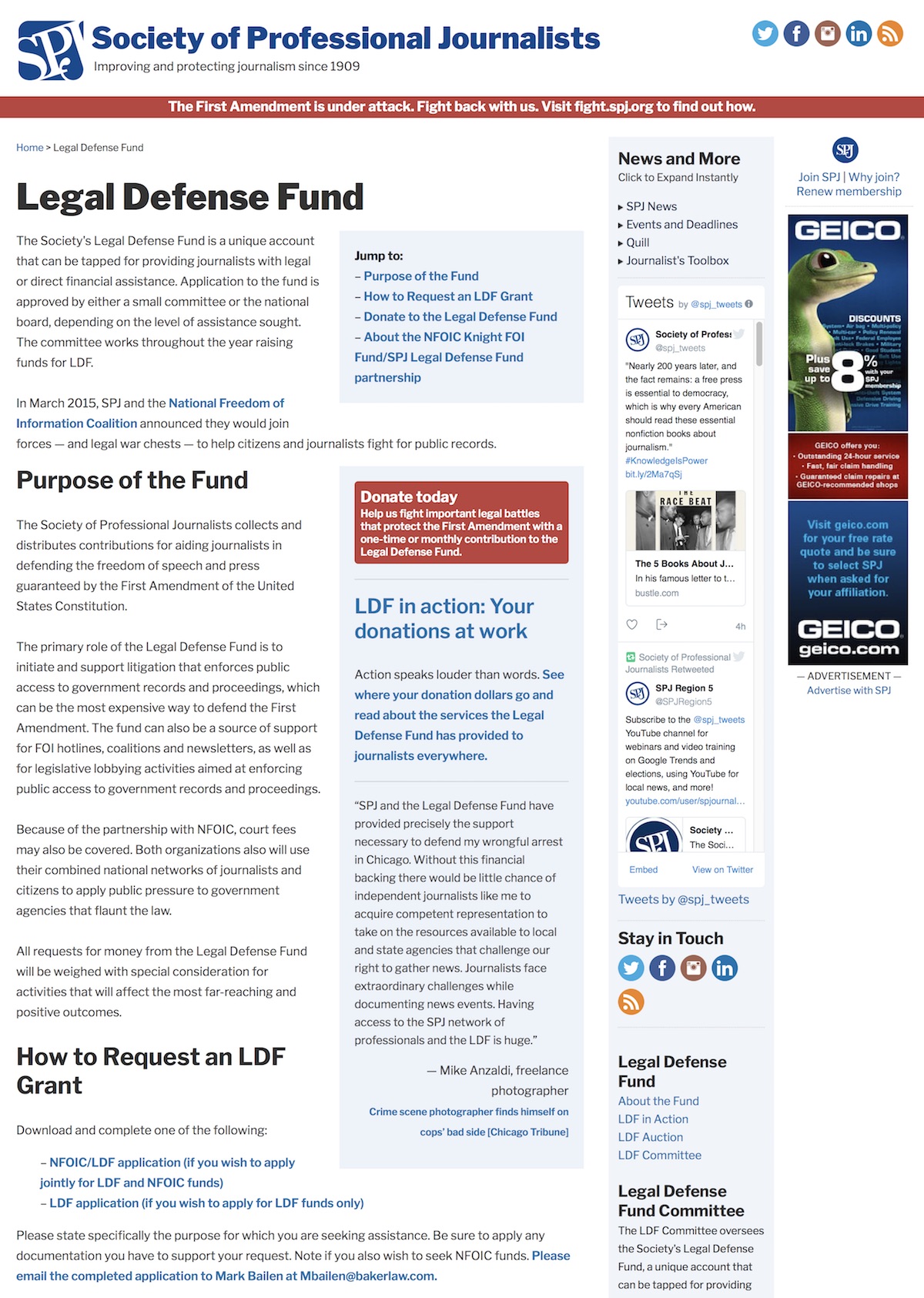 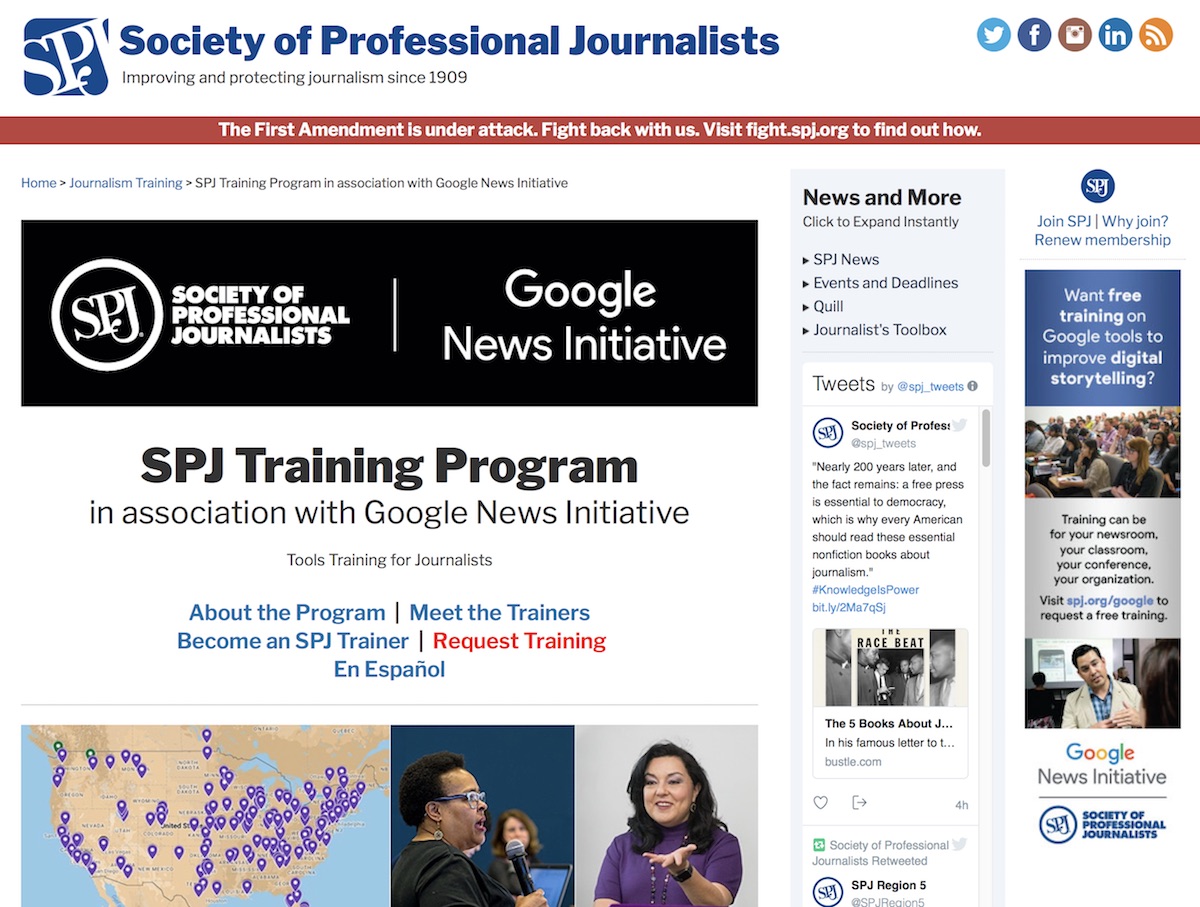 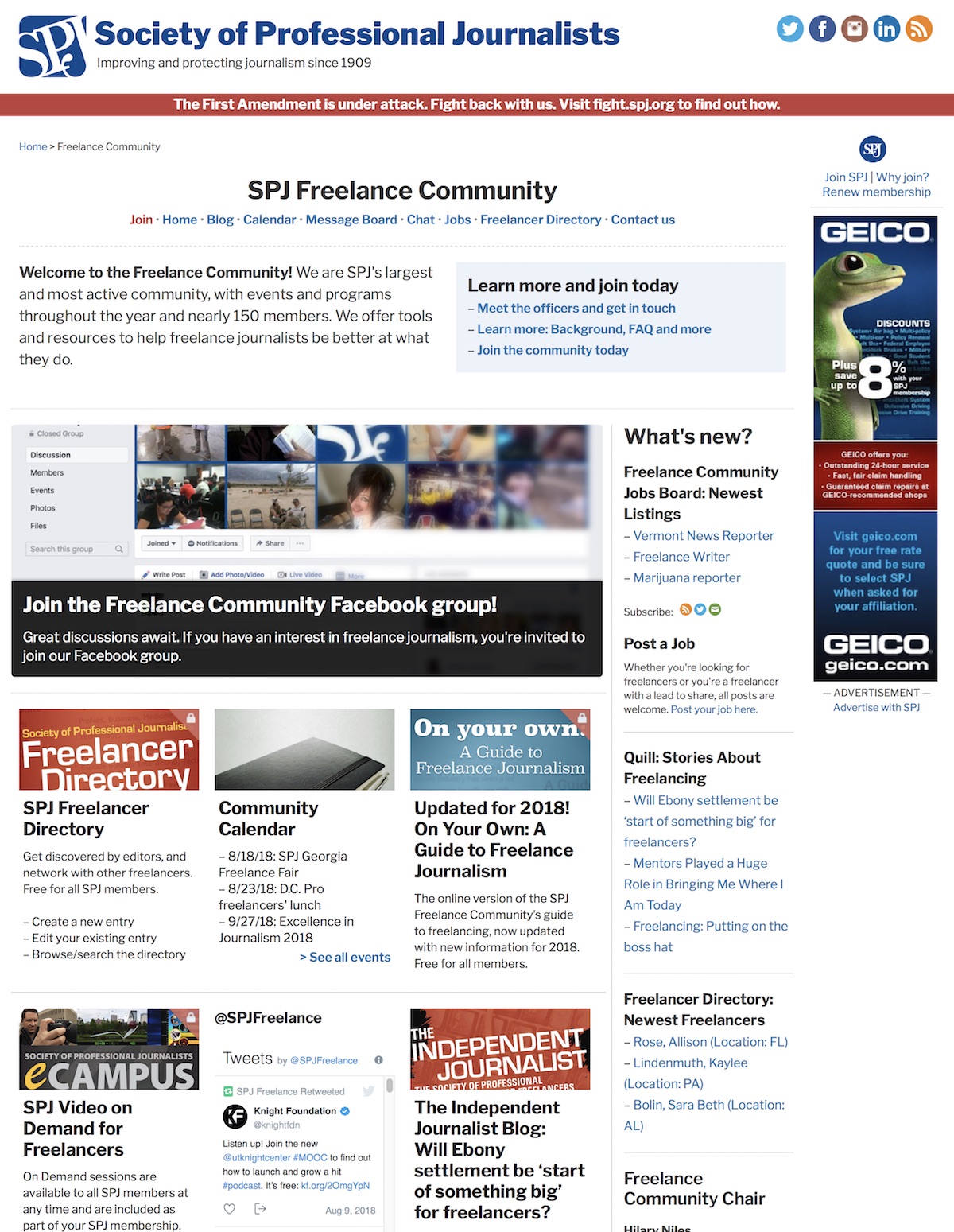 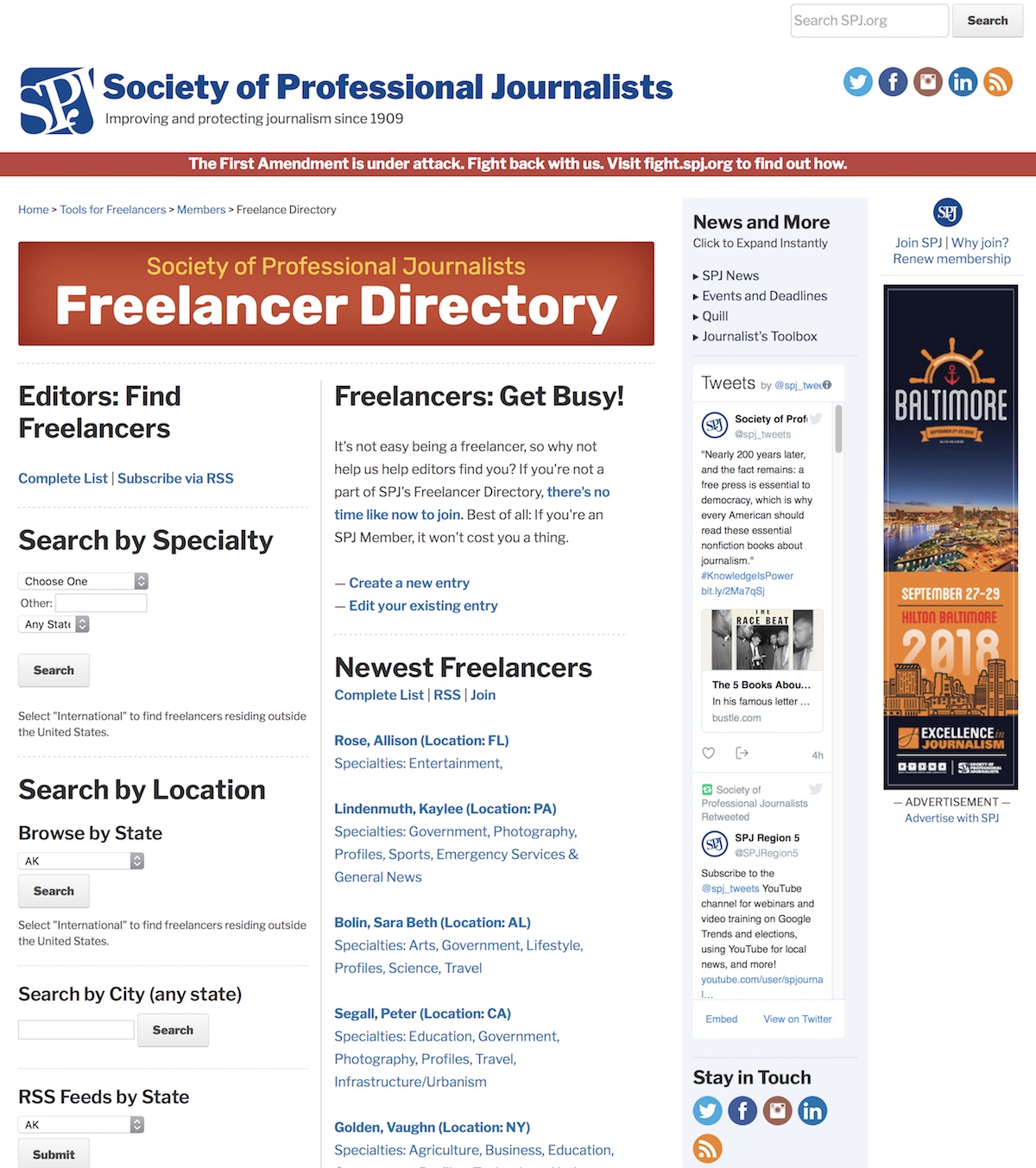 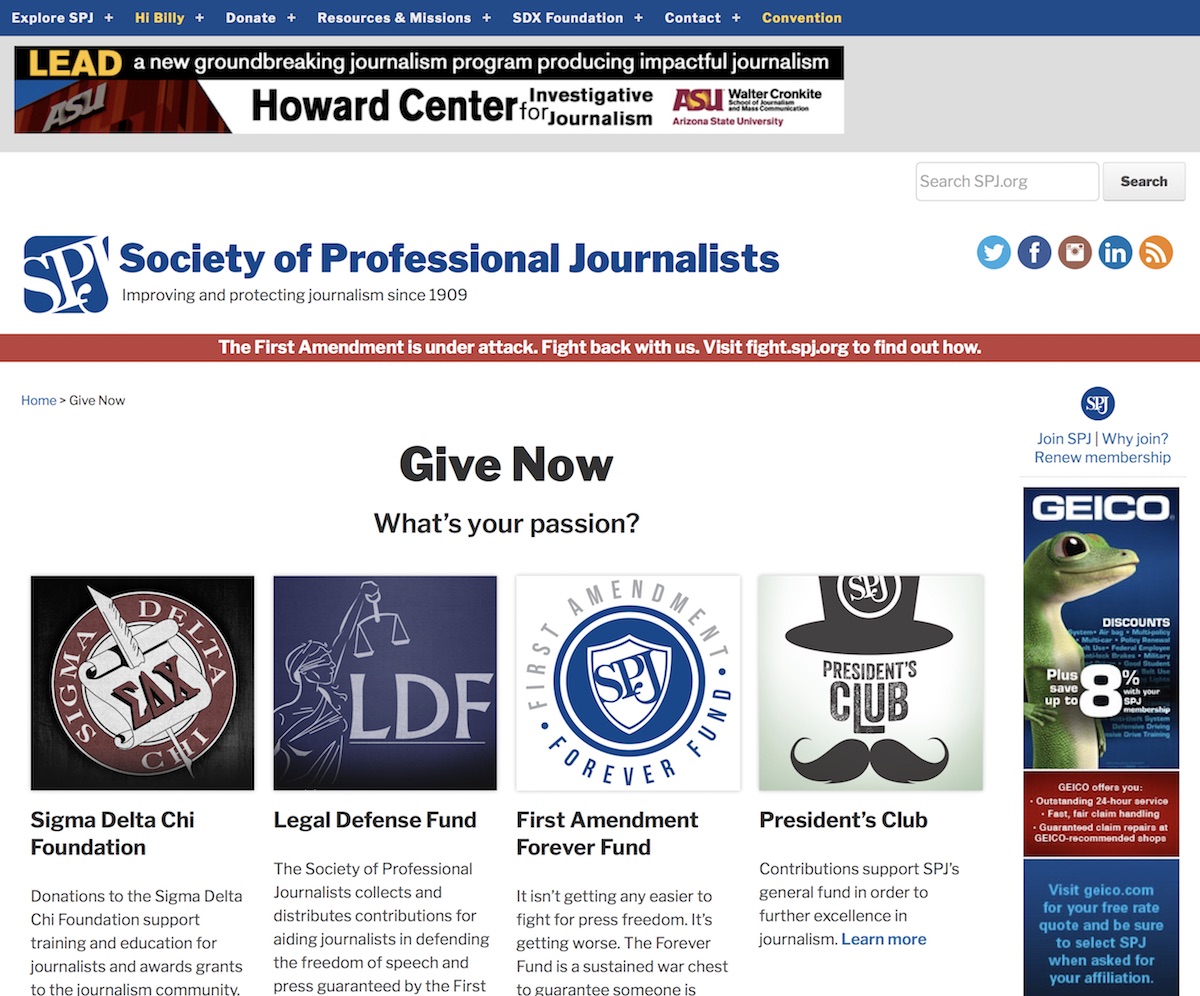 Posted in Web and tagged Society of Professional Journalists. Bookmark the permalink.