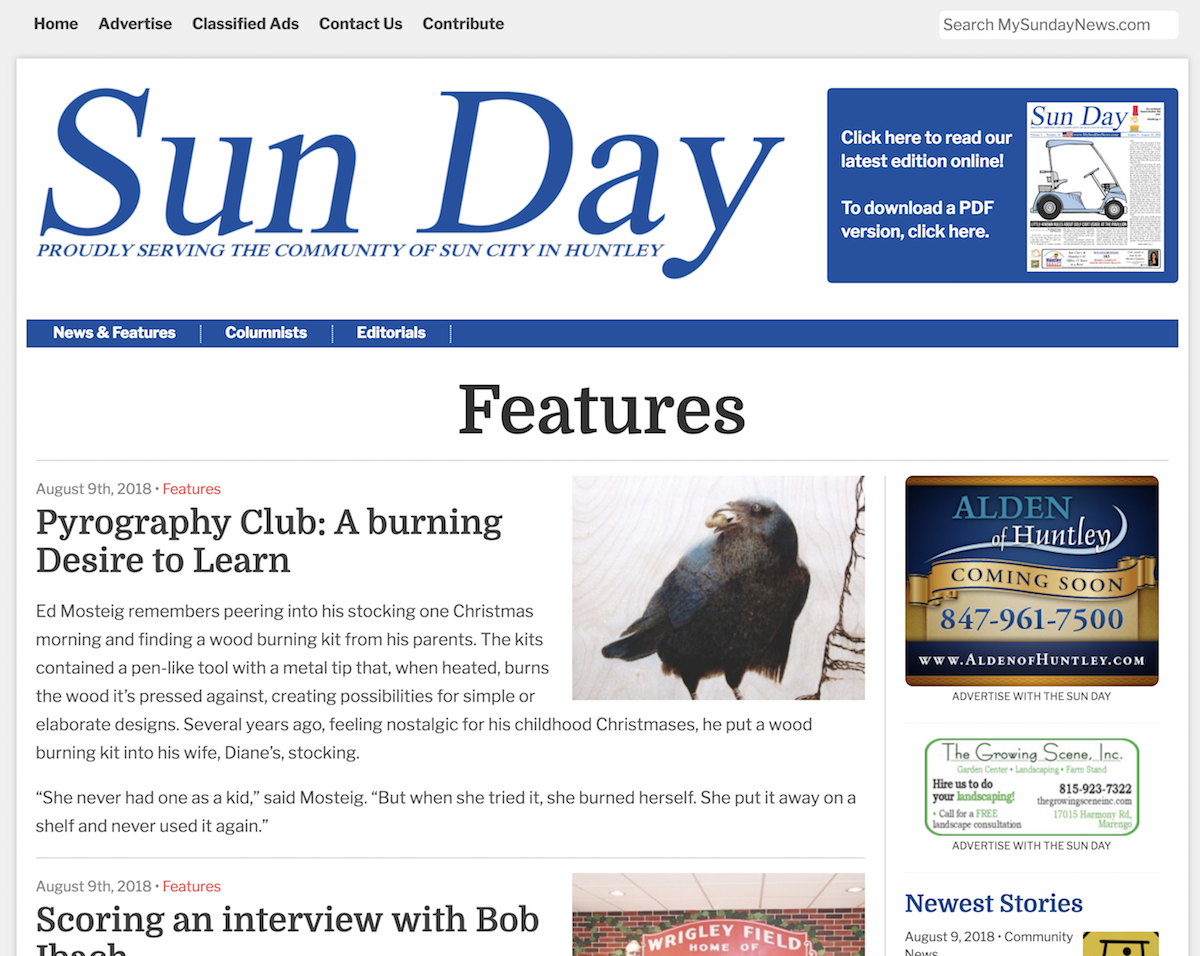 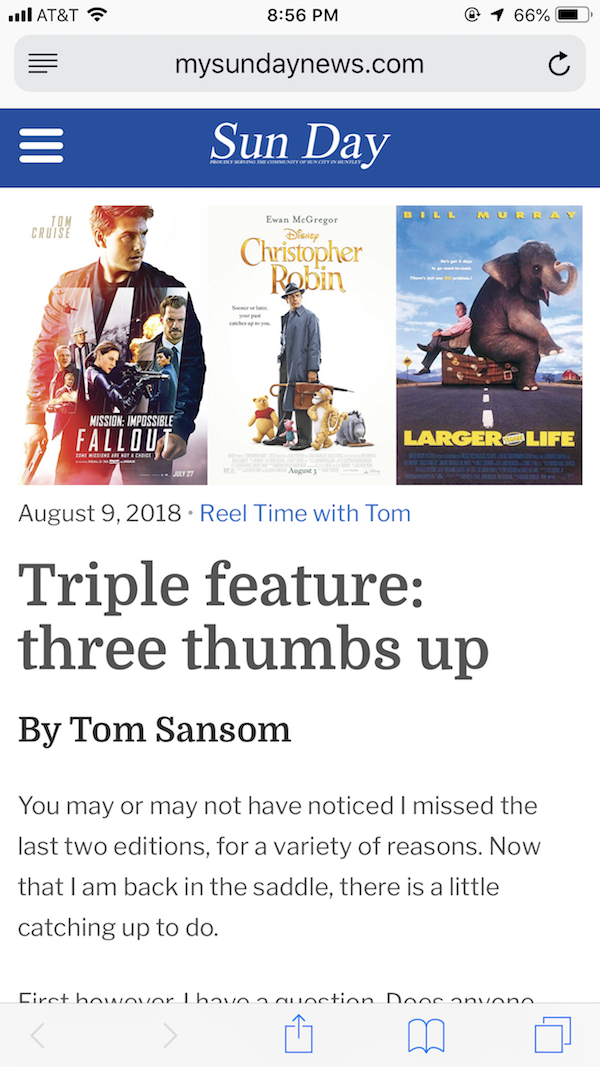 In the year 2010, years after newspapers were declared dead, my friend Chris started a newspaper. More than eight years later, it’s still thriving, but I’ll withhold any further details, because I don’t want to spoil the absolutely spectacular book he’s going to someday write about the risk one takes when founding a newspaper in 2010.

As websites go, this one keeps it simple — a WordPress installation, a custom-made theme that’s a modified and pared-down version of another publication-tailored theme I created (the Sun Day is a biweekly, and with few exceptions the website follows that schedule, so it didn’t need all the compartments, bells and whistles a daily publication might need), and that’s effectively it. Sometimes less is more, and in this case, less makes for a pleasant site that’s easy to read, story after story, in a sitting or two every two weeks. 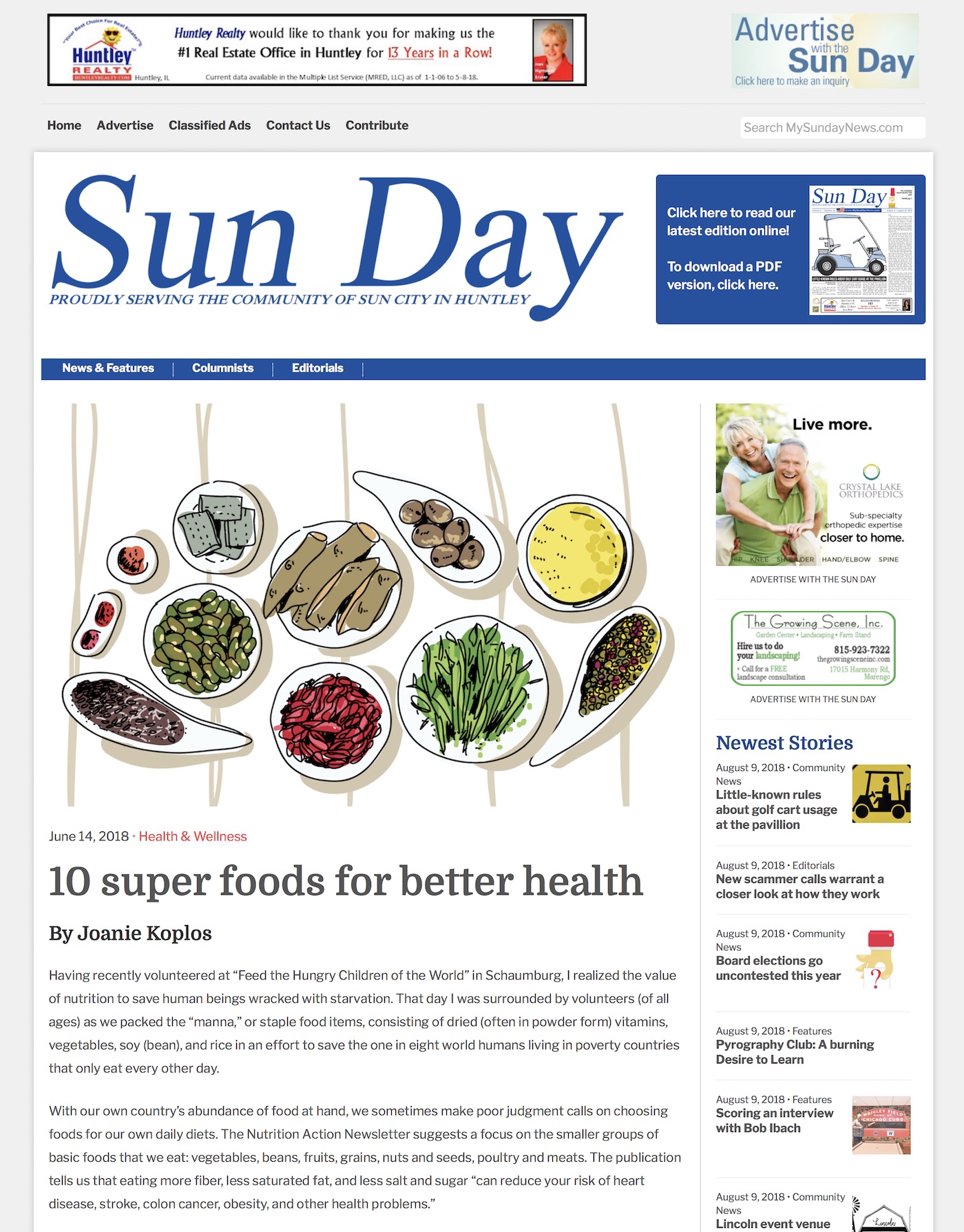