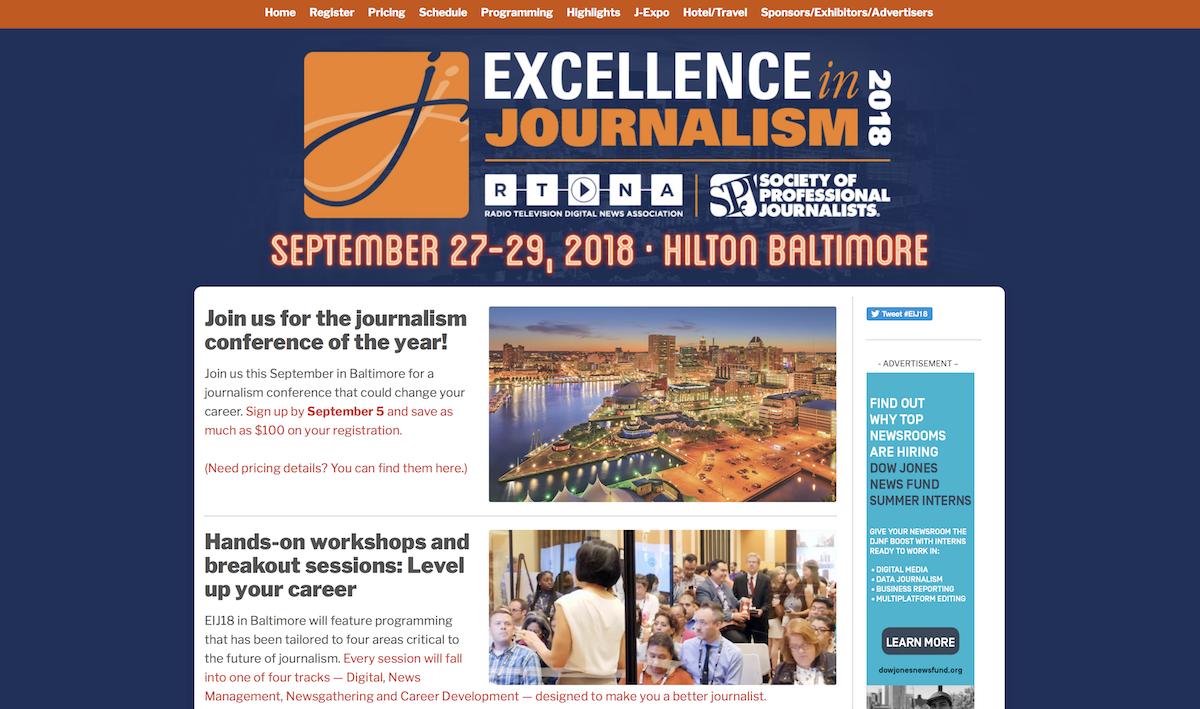 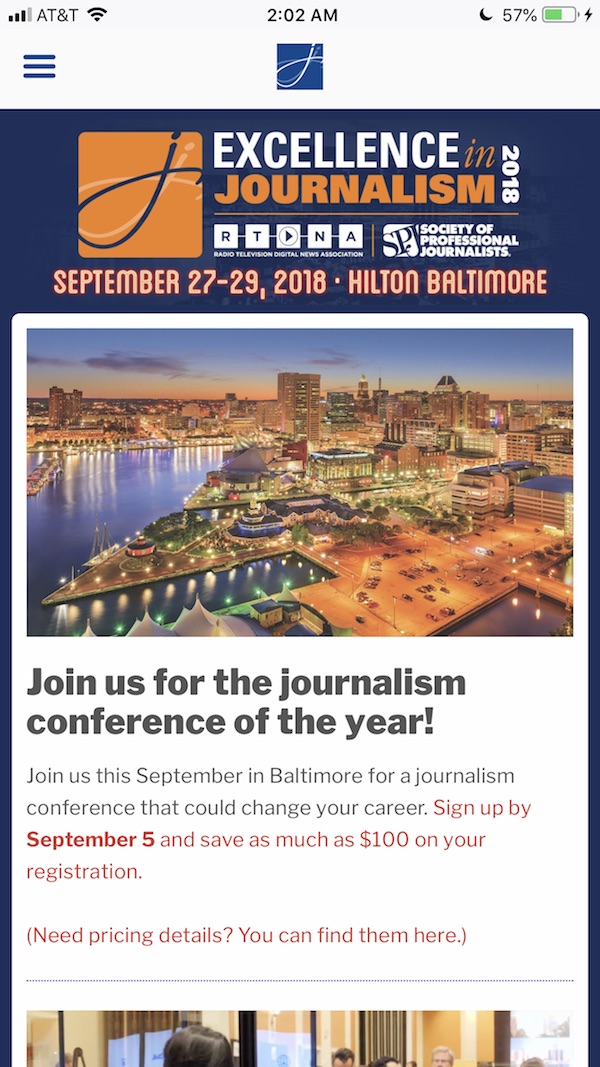 SPJ and RTDNA’s annual journalism conference — occasionally held in conjunction with other journalism groups — commences in a different city each year, and a different city means different branding, which means I get to slightly reinvent this site’s visual presentation without reinventing everything else each year, which makes for an enjoyable and pretty easy job.

As functionality goes, this one is very straightforward. The objective is to convey the who, what, where, when, why and how of attending a conference for journalists, and do so in a way that’s sharply on the nose but not to the point of being nothing but white backgrounds and text. The look has evolved over the years, but the organization and functionality of the site (much like the conference itself) has achieved a rhythm, so generally it’s a matter of keeping what works, trying something new with what didn’t, and filling in the blanks. Not glamorous, but it’s good work for a good purpose.

Through the magic of hyperlinking, you can see some older iterations of this same site over here: 2014 | 2010-13 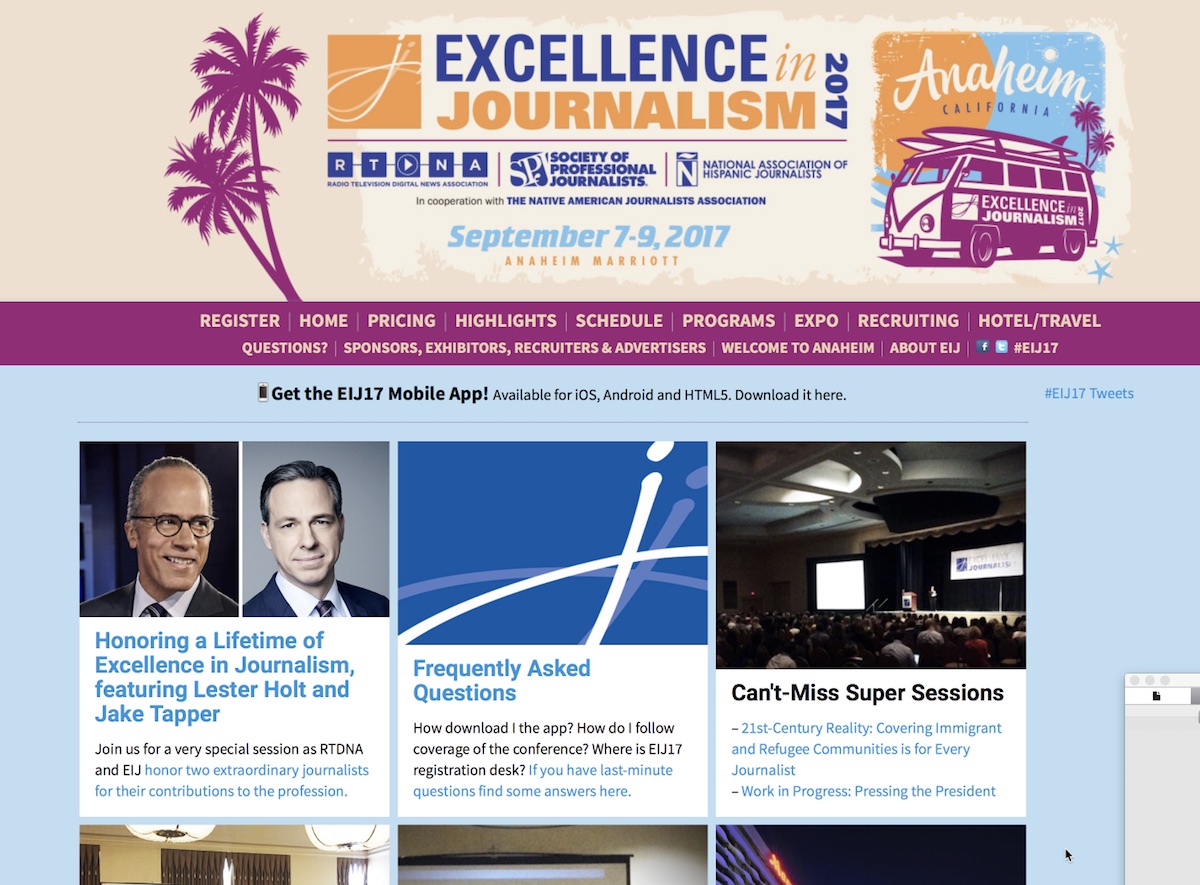 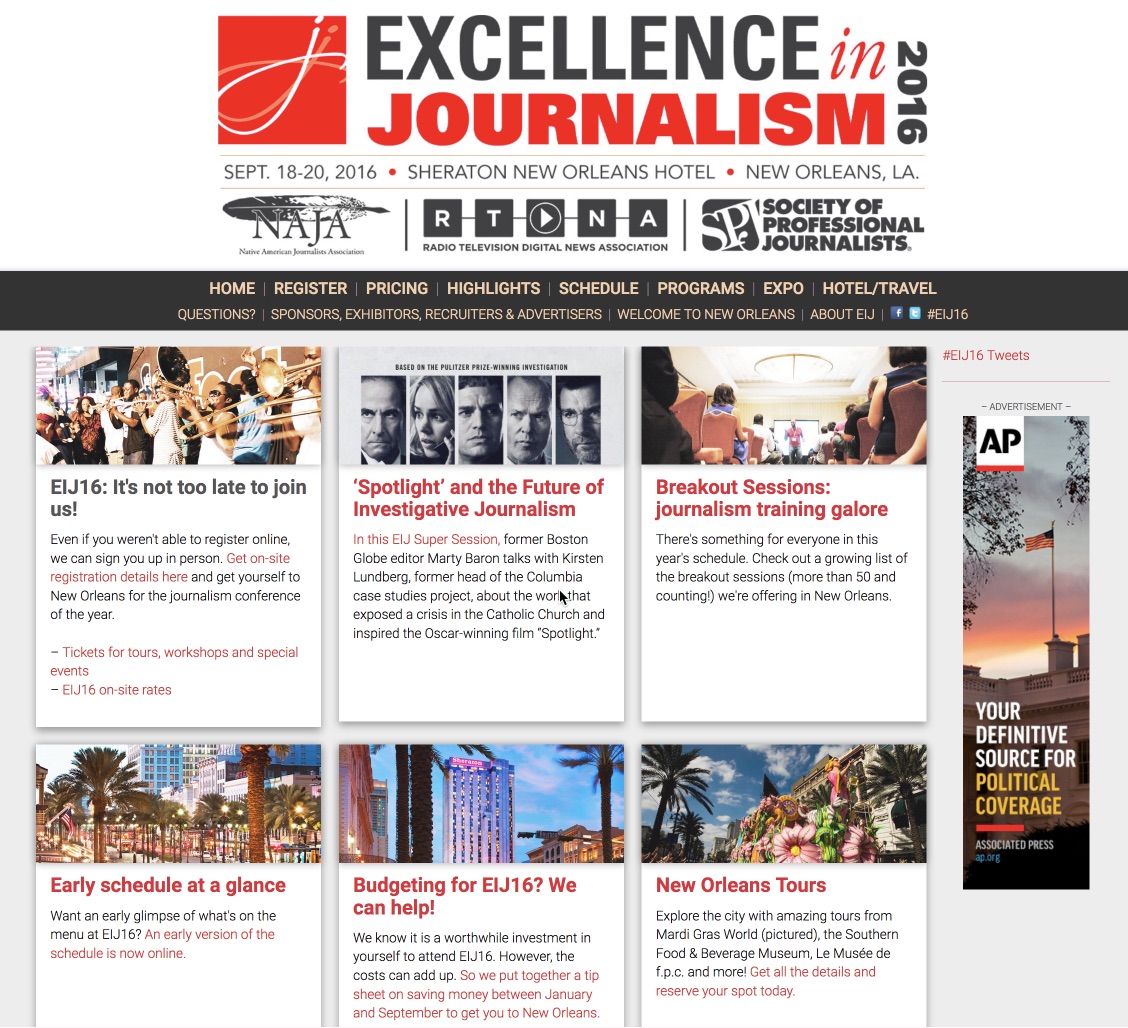 Posted in Web and tagged Excellence in Journalism Conference. Bookmark the permalink.