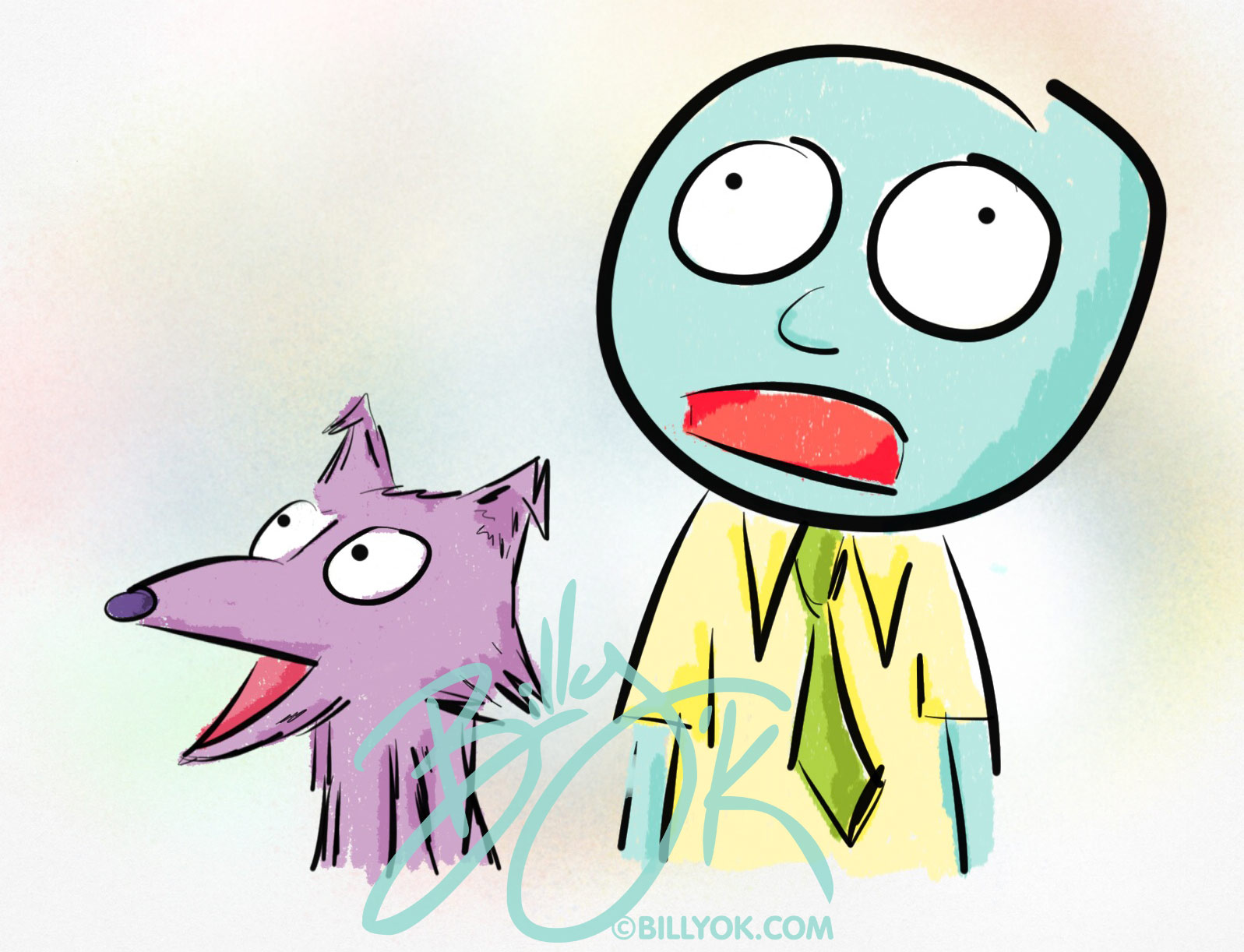 I am, by law, required to have a Twitter account even though I find Twitter generally unpleasant and unproductive (but not in that obnoxious way where I proclaim it has no worth to anyone since it has little worth to me. I reserve that for people who post their RunKeeper trails or Walgreens check-ins on Facebook. Why do people do that?)

Anyway, this is my Twitter avatar. I drew it randomly on an iPad, and it depicts a guy and his dog staring in amazement at all the death threats people send other people when they say something incredibly stupid on Twitter and then try to delete the tweet and pretend it never happened even though a thousand people screencapped it for all eternity. Either they’re staring at that or the huge death ray some alien is firing at us after they discover Twitter and deduce that humans are not a species worth saving.