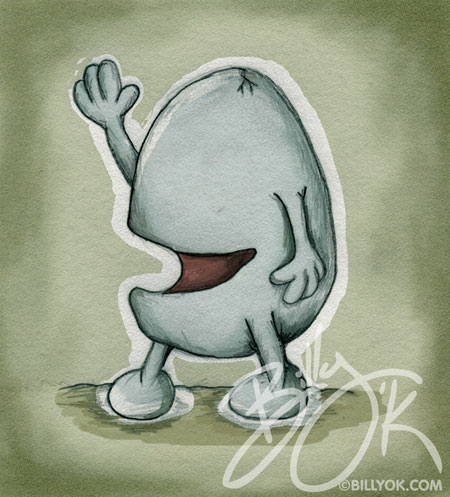 Eggman shares no relation to Bulb Man, but that doesn’t mean the two wouldn’t become friends if they shared a dorm in college or something. Neither have eyes, and it doesn’t seem to bother either of them, so it’s likely they’re pretty low-maintenance guys who wouldn’t let issues like dirty dishes or toenail clippings get in the way of a budding friendship.

I drew this guy based on a clay model I made of the same character. Neither have done anything for my bank account; they were just for fun. Though if you’d like an eggman lunch box for your kids, I’ll see what I can do.