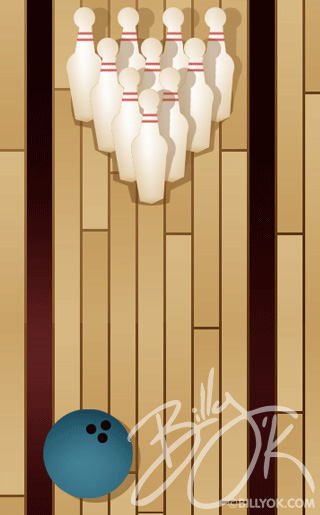 I was bored at work and decided to make a bowling alley in Photoshop that looks like it was made from construction paper. That’s what really cool people do when they’re bored, after all. So anyway, this is what I made. I think it looks pretty good. The first picture is the original. The second picture (below left) is a reenactment of the one time in my life when I hit five strikes in a row (true story). The third and final picture is what an episode of “24” would look like if everything was settled via thrilling bowling showdowns instead of all that lame violence and gunplay.