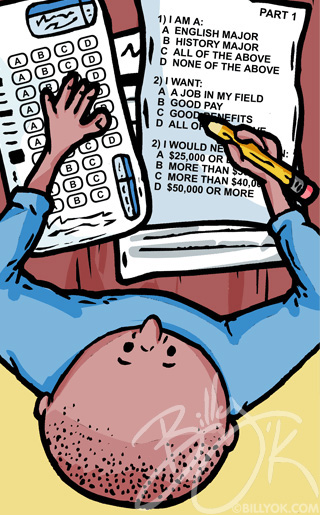 This was the backup cartoon for my liberal arts Careerbuilder cartoon, which was expected to be rejected before it was accepted. Never believe the rumors. In any case, this cartoon was, in my opinion, a better fit for the story. So maybe I’ll save it for next year, when they run yet another story about college graduates who can’t get a job to save their lives. Be afraid, class of 2005.