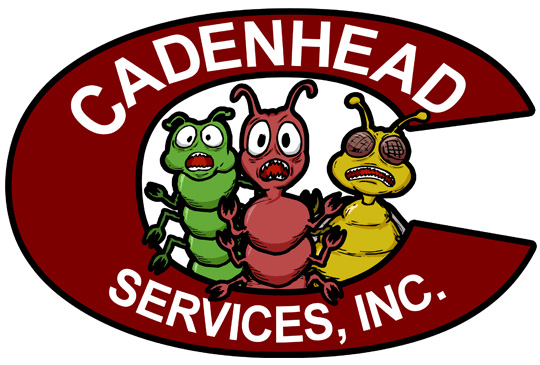 These bugs sure look guilty The folks at Cadenhead liked the job I did on their bowling team logo, so they asked me to redesign their company logo as well. (That’s right, pest control people like to have fun just like the rest of us. And for all I know, they bowl better than I do. Though I bowled a 182 not too long ago. That’s pretty impressive for a cartoonist.) According to their slogan, bugs won’t bug you anymore if you call them. Though if you just get a grip, clean your home once in a while and realize that most bugs can’t kill you anyway, since they’re shorter than your toe and weigh less than most lint, you can save yourself some money. Worst plug ever.