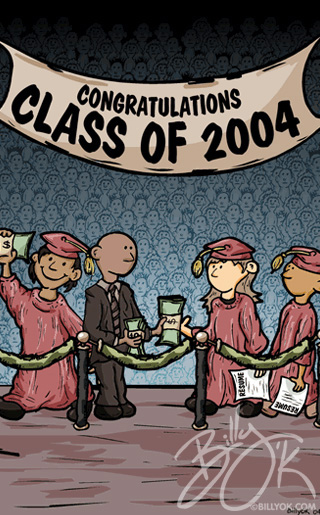 A variation of this cartoon (I can’t find the final version) appeared in Careerbuilder sections around the country. It’s a story about how liberal arts graduates, like other graduates, need jobs too, and it listed a bunch of tips on what they should do to get said jobs.

It was kind of an incomplete story, though. For instance, they left out this tip: pray. Or go back to grad school. Because it was hard to get a job when *I* graduated four years ago, and the economy actually WAS decent back then.