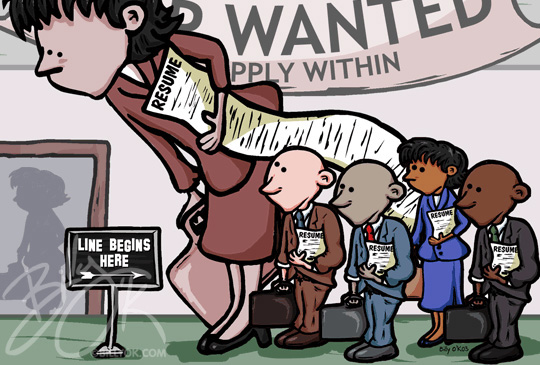 Ah, here we go. Despite there being a clear policy against cartoon-like drawings in the Careerbuilder section of various Tribune-owned newspapers, I was allowed a chance to illustrate a story on the front page of an August edition. I responded with this, it got in with zero changes, nine million folks looked at it, and the no-cartoon policy quietly disappeared.