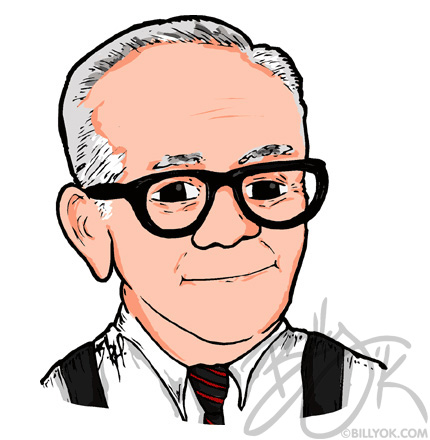 Haven’t won one since, not even nominated I first got a chance in 2000 to work on the Lisagor awards, a somewhat-lavish banquet presented annually by the SPJ’s Chicago chapter in honor of the best in local journalism. I was mostly invisible at the event, since I was one of the younger attendees there, but I became a little more visible once folks realized I designed the program booklet (and its logo) that I was handing out. And then I went ahead and actually won a Lisagor award later that evening for a story I helped produce for The Chicago Reporter. If they had asked me to make a speech, the old “Wow, they hand these out to ANYBODY!” bit would never be more appropriate. Of course, a lot of people had never won a Lisagor, many of them more deserving than me, so I doubt they would’ve laughed.

Anyway, the cartoon you see here is of — drumroll — Peter Lisagor. I drew it this year, as an update to the rather weak cartoon I slapped together in 2000. I like it a lot better. Unfortunately, “Drawing Peter Lisagor” isn’t a category in the Lisagor Awards banquet, so I came up empty for all my efforts.